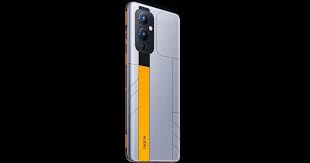 The company teases the charging details of upcoming Realme GT Neo 3 hinting at its imminent launch. However, the launch dates are still underwraps at the moment. Moreover, the company teases that the upcoming device will get 150W fast charging support. In addition, with this technology the device will have 50 percent charge from zero in only 5 minutes. But, the battery capacity is not known at the moment. Furthermore, there is teaser launch of the upcoming Realme GT Neo 3 hinting that it will get hole punch cutout at top centre housing front camera. This device will be somewhat different than other Realme devices as it will not get top left cutout.

Moreover, the device will arrive with rectangular module housing triple rear camera setup and LED flash light. In addition, there are several rumors suggesting that device will get 50MP Sony IMX766 primary sensor with 8MP Ultrawide lens and a 2MP macro sensor. And, the smartphone will have 16MP front camera.