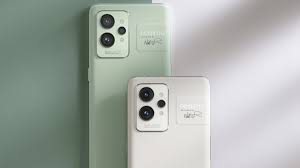 The company brought new products this 2021 including Android tablets and Windows Book laptops. Moreover, the company after launching the Realme pad that came with MediaTek Helio G80 processor, 10.4 inch display, and quad speaker. And is working on another Android tablet as per the the CMO Francis Wong as he says a lot about OLED tablet. In addition, the Madhav Sheth in an interview says that the company may bring more tablets with various prices this 2022. However there is no details about pricings. Neither there is any report that company will bring Flagship tablets. And, he reveals in interview that the company will focus on categories such as Tablet, laptops, TVs, wearables and audio. His statement reads

SO I THINK YES DEFINITELY WE’LL SEE A LOT OF NEW TABLETS COMING IN DIFFERENT OTHER PRICE SEGMENTS. AT THE SAME TIME, LAPTOPS YOU’LL SEE COMING DOWN (SIC).