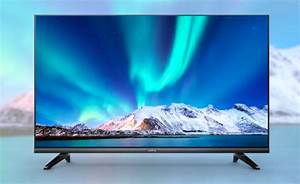 Realme is going to launch an Amazon Fire TV Stick alternative in India on September 24. The company reveals a new teaser on Twitter that says ‘#DumbTVKiller is coming your way to slaying the monotony with its smart features and technologies’. Considering this, we may expect the brand to launch the Realme 4K Google TV stick in India on 24th September. Moreover, the existence of the Realme TV stick was revealed on Flipkart. The upcoming Realme stick is supposed to run Google TV and it will offer 4K support. Alongside the TV stick, Realme will be also launching the Relme Smart TV Neo 32-inch model in India on September 24. According to the Realme, official website, the upcoming Realme TV will have a bezel-less display and 20W dual speakers with Dolby Atmos support.

Talking about the Realme smart TV Neo, it will feature s 32-inch bezel-less LED display. The display panel will have TUV Rheinland’s low blue light certification. Moreover, the upcoming TV model will feature 20W dual speakers which will offer Dolby Atmos support. In addition, the device will have Chromecast, WiFi, and Bluetooth support.