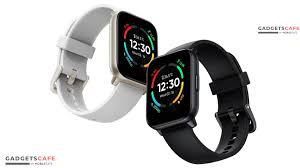 Realme is working to launch the upcoming wearable Realme Watch 3 very soon that is successor of Watch 2. Moreover, the device soon appears on FCC certification website hinting at its imminent launch. However, there is no official confirmation on the launch of the upcoming device. In addition, the listing reveals the design of the upcoming Watch. Furthermore, the listing reveals the battery specifications alongwith the specifications details of the device.

Moreover, the device was previously on IMDA certification website and SIRIM Malaysia certification listing. In addition, the listing hints that the device launch is around the corner. However, there is no confirmation on launch of the device from the company. But, we may expect the company to bring more details and features as the launch appears on near.