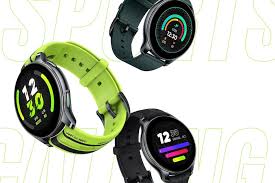 Talking about the specs, the Realme Watch T1 is the top line smartwatch with a 1.3 inch circular AMOLED display supporting multiple watch faces. Moreover, it also has the water resistant with a 5ATM rating along with 110 sports modes and have in-built GPS to track all outdoor activities. In addition, the device will also have a heart rate monitor, SpO2 sensor, Bluetooth 5.0 along with fast charging support. Furthermore, the Realme Watch T1 is available at price range of CNY 599 that is around Rs 7000. However, its not sure that device will arrive with the same price range or not.