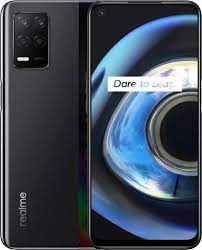 Realme is bringing its A game in the smartphone market by launching its products consistently. The recent reports claims that the company will be launching the Realme GT Neo 2T in China on October 19th. Moreover, there are also reports suggesting that alongwith the Realme GT NEO2T, the company is also bringing Realme Q3s and Watch T1. The tipster WHY LAB reveals this information along with claiming that Oppo will launch OPPO K9s on the same day. However, its rumoured that Realme Q3s and OPPO K9s are sharing almost similar specifications.

Talking about the other launch by Realme, the Watch T1, the leaked images says everything about the product. As per the image, the watch will have a round dial. Moreover, the device will feature a voice call support alongwith various health and fitness features. The company has not announced anything officially regarding th launch dates. However, if these products are coming on the October 19 launch event, then we must expect company to disclose some official Specifications about these devices.