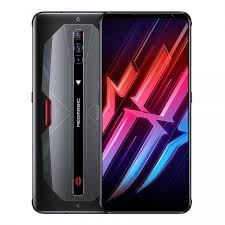 Nubia is the growing smartphone company that is working back to back to bring new smartphones for the users. Moreover, the company is now gearing to bring next gaming flagship smartphone under moniker RedMagic 7 series. The device is said to arrive in coming week that will include the RedMagic 7 and 7Pro. However, there is no official confirmation on the launch dates till now. In addition, the device was on the 3C certification website revealing the charging details. Earlier, there were reports that suggest that the device that may be one of the RedMagic series will have Snapdragon 8 Gen 1.

The company is soon going to launch the Nubia RedMagic 7 series that would be the gaming smartphone. Moreover, the device was on the 3C certification website listing revealing the charging details. The RedMagic 7 with model number NX679J will arrive with 165W fast charging support. In addition, the device will be the one level up than that of the RedMagic 6 series that arrived with the 120W fast charging support. Furthermore, the 3C listing only provides the charging details of the device, but not the battery specs. However, considering the battery specs of its predecessor RedMagic 6 S Pro, the upcoming device may also have the same battery of the 4500mAh capacity.

Moreover, the device was also on the Bluetooth SIG certification website last month. The listing confirms that the device will arrive with Bluetooth 5.2 connectivity. Other than this, there are no details about the device. However, we may expect the device to come with Snapdragon 8 Gen 1 processor coupled with 16GB RAM and 256/512GB of internal storage configuration.