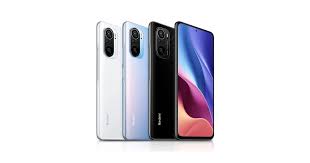 Redmi is gearing up to launch the upcoming Redmi K50 series including Redmi K50, K50 Pro, and Redmi K50 Pro+ in China in the month of March. Moreover, the series is surfacing online from past few weeks hinting at its imminent launch. In addition, the devices were earlier on the 3C certification website with some details. And, now, all the three devices of this series appears on TENAA certification website revealing the complete specifications details of the device.

The company is all set to bring the upcoming Redmi K50 series including Redmi K50, K50 Pro and the Redmi K50 Pro+. Previously, the company brought Redmi K50 Gaming Edition that is doing well in the market. Moreover, the upcoming series details are now out as it appears on TENAA listing. As per the listing, the device with model number 22021211RC will be the Redmi K50. In addition, the reliable Tipster WHYLAB suggest that this device will get power from the Snapdragon 870 processor. Furthermore, the TENAA listing reveals that the standard model will arrive in China with multiple Variants that includes 6GB RAM+ 128GB, 8GB + 128GB and 8GB+ 256GB internal storage configuration.

Moreover, the other device with model number 22041211AC will be Redmi K50 Pro. The tipster suggest that the device will get power from the upcoming Dimensity 8100 processor. In addition, as per listing, the device will come with 6GB+ 128GB, 8GB+ 256GB, and 8GB+ 256GB configuration. Previously, the 3C certification listing reveals that the Redmi K50, and K50 Pro will get 67W fast charging support. Furthermore, the device with model number 22011211C will be Redmi K50 Pro+ arriving with Dimensity 9000 chipset.