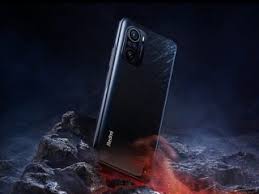 The company is bringing its premium smartphone series Redmi K50 series on February 16 in China. Moreover, there is teaser poster from the company revealing the rear panel design. As per the image, the device will be in blue colour with triple rear camera setup vertically. In addition, the image shows the text around LED flash in camera module that reads “Freezing” and “Speediest”. The text is same as that on the Redmi K50 Gaming Edition hinting that the teaser image is of this device. Furthermore, the smartphone will have shoulder trigger buttons especially designed for gaming. Other than this, the company doesn’t share any information regarding other devices of this series. However, there are several rumors and reports giving idea of all three devices of Redmi K50 series.

Moreover, the upcoming K50 Gaming Edition will sport 6.67-inch AMOLED display with 120Hz refresh rate. Moreover, the display will have flat sides with thin bezels and hole punch cutout housing front camera. In addition, the device will get power from the Snapdragon 8 Gen 1 processor with 12GB RAM and 256GB internal storage configuration.