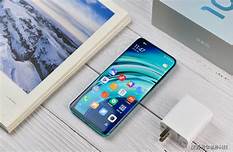 Xiaomi has its game on in the smartphone market with a consistent launch. The company debuts the Redmi K40 with a Snapdragon 870 SoC earlier this year. Moreover, the phone arrives in India as the Mi 11X. It looks like Xiaomi is working on a Redmi smartphone that may be a successor of the Redmi K40 series aka Mi 11X series. There are many details surfaced online about this device. The latest development on this device is that a recent leak surfaced by the tipster Digital Chat Station. The leaks suggest that Redmi will launch a Snapdragon 870 chipset smartphone very soon. Moreover, the tipster offered few key details about the upcoming devices.

Xiaomi could launch a new premium Redmi smartphone very soon. According to this leak, the Redmi smartphone will get power from Snapdragon 870. However, the leaks have no information regarding the moniker of the upcoming device. But, we speculate that the device may be the Redmi k40/ Mi 11X series successor as Redmi K50. Moreover, the tipster claims that this upcoming device will feature a 6.7-inch OLED display. The OLED screen will come with a Full HD+ resolution of 2400*1080 pixels and a 120Hz refresh rate.

Talking about the camera specs, the upcoming device will offer a 50MP primary camera. The details about the camera offerings are still a mystery. We may expect the phone to offer a triple camera at least. Moreover, the leak also reveals the phone may come with improved graphics. We may expect the device to pack a 5000mAh battery with 67W fast charging support. However, Xiaomi has not given any official statements on the upcoming Redmi device. But we expect the brand will announce the device soon.