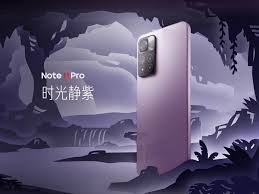 Xiaomi is bringing the Redmi Note 11 series in global mar, after the China’s launch. Moreover, the report from the 91Mobiles via tipster Mukul Sharma suggest that the upcoming Redmi Note 11 Pro and the Redmi Note 11 Pro plus is now in the internal testing in European market. In addition, the report also suggest that both the models will arrive with model number same as that of Chinese models. However, the exact launch date is not yet out. As the device will have same model number, the specifications may also be same.

Moreover, the device will feature a 6.67inch AMOLED display with 120Hz refresh rate and 360Hz sampling rate. The front panel puch hole cutout housing front camera. In addition, both the Redmi Note 11 series will get power from the Octa core MediaTek Dimensity 920SoC. Along with 8GB RAM and 256GB internal storage.