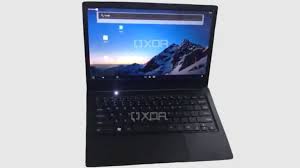 The Reliance Jio telecommunication company is working on to bring its first laptop under the moniker JioBook laptop. The upcoming JioBook specifications are surfacing online as it appears on different certification website. Previously, three variants of JioBook were on the BIS Certification. The BIS listing reveals that three JioBook with model number NB1118QMW, NB1148QMW, and NB1112MM arrived hinting at its imminent launch. Now, one of three variants of JioBook appears on the Geekbench listing. The JioBook with model number NB1112MM was on the listing revealing few key specifications before the launch.

The Reliance Jio telecommunication company is now stepping in the laptop market with it upcoming JioBook laptop. After BIS certification, the device with model number NB1112MM appears on the Geekbench listing. Moreover, the listing reveals that the device will get power from the MediaTek MT8788 Processor paired with 2GB RAM. In addition, the listing shows that the device will run Android 11 out of box. However, the other reports claims that the Upcoming JioBook will run JioOS based Android. Furthermore, the upcoming Jio laptop scores 1178 in single core test and 4246 points in multi core test at the Geekbench test.

Moreover, the other reports reveals that the device will get 1366×768 pixels resolution display with Snapdragon 665 processor. The processor may be accompanied with Snapdragon X12 4G modem. In addition, the upcoming JioBook may pack 2GB LPDDR4XRAM alongwith 32GB of eMMC storage. Whereas, the other variants may have 4GB LPDDR4XRAM with 64GB if eMMC 5.1 Storage. However, there is no much details out about the device. In addition, the pricing and launch dates are also unknown at the moment. But, looking at its frequent online appearances on certification websites, we may expect that the company may launch the device shortly.