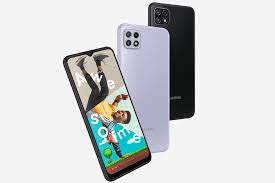 Samsung has launched quite a few smartphones in India under its A-series. The company recently launched the Galaxy A52s 5G and the A22 5G as its new 5G smartphones in India. It looks like Samsung could launch another budget 5G smartphone very soon. The company is working on the Galaxy A13 5G launch. The device’s exact launch date and other details around its availability remain unknown at the moment. However, we can expect the device to launch soon in India. Ahead of the official announcement, the Galaxy A13 5G is listed on Geekbench.

Samsung Galaxy A13 5G specifications and features have been leaked ahead of the launch. The phone has visited Geekbench with the model number SM-A136U. The listing reveals that the Galaxy A13 5G will feature a MediaTek Dimensity 700 SoC under the hood. The octa-core processor has a clock speed of 2.2GHz and comes with two efficiency cores clocked at 2GHz.

The variant listed on Geekbench has 4GB of RAM. We can expect Samsung to launch a 6GB RAM variant of the phone as well. Moreover, it runs Android 11 out of the box. Much like other Samsung phones, the Galaxy A13 5G will have One UI 3.1 on top of the Android operating system. In addition, the device scored 465 and 1100 in Geekbench’s single-core and multi-core tests. Other details of the device have not been revealed via the Geekbench listing. Furthermore, we can expect the phone to launch for around Rs 15,000. This likely to come under the Galaxy A22 5G in India, which is around Rs 20,000 as well. A recent report claimed that the phone will launch in India for around Rs 13,000. This will make it the most affordable 5G smartphone from Samsung in India.