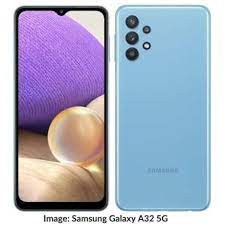 Samsung is continuously working on couple of new A-series phones such as Galaxy A13, Galaxy A53, and Galaxy A73 for 2022. Moreover, GalaxyClub.nl reveals that the company is also working on the Galaxy A33. In addition, it will be replacing the Galaxy A32 handset that debuted earlier this year.

At present, there is no information on the specifications of the Galaxy A33. Samsung launched the Galaxy A32 5G in January followed by the Galaxy A32 5G in February. Hence, it is likely that the A33 may debut in the beginning months of 2020. Unlike the A32 series, the A33 may come in the 5G version only. Moreover, the Samsung Galaxy S22 series is likely to debut in January. Probably, the A33 will be announced after the S22 models make their debut. Hopefully, the rumor mill will spill more information on the A33 handset in the coming weeks.

Talking about the predecessor Galaxy A32 5G, it has a

6.5-inch TFT display that carried support for an HD+ resolution of 720 x 1600 pixels. The Dimensity 720 chipset is present under the hood of the device. It comes with up to 8 GB of RAM and up to 128 GB of storage. It runs on One UI based Android 11. Moreover, the A32 5G has a 13-megapixel camera for selfies. Its rear camera setup has a 48-megapixel main camera, an 8-megapixel ultrawide lens, a 5-megapixel macro camera, and a 2-megapixel depth sensor. It houses a 5,000mAh battery that supports 15W charging.