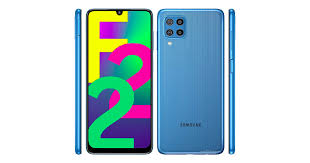 The company is all set to bring the upcoming Samsung Galaxy F23 5G in India very soon as the device details are already over the internet. Moreover, there is report from Times of India confirming that there is new F series device arriving in India soon. However, the report doesnot mentions any other details regarding the device. But, as the device previously baggs multiple certification websites, there is expectations that device may arrive next month. In addition, the report also suggest that the upcoming affordable smartphone could arrive around second week of March. The company gives no words on the arrival of the upcoming Samsung Galaxy F23 5G.

Moreover, the company will bring this upcoming 5G device at the price range of Rs 20,000 in India. In addition, the device was earlier on FCC listing revealing the presence of 25W fast charging support. The device will also get power from the Snapdragon 750G processor. Furthermore, there are speculations, that the device will run Android 12 with layer of One UI 4.0 out of the box.