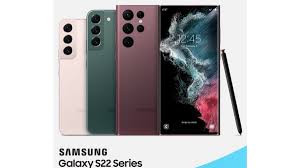 Samsung is going to announce the most talked about premium flagship smartphone Samsung Galaxy S22 series globally today. Moreover, the series will include Galaxy S22, S22+, and Galaxy S22 Ultra that may arrive in India soon. In addition, there are reports that the company will unveil India’s launch date after todays launch event. However, there are rumors that the company may bring the series in India in March. Now, in the recent development there is new leak via Ishan Aggrawal revealing the RAM, internal storage, and color variants of Samsung Galaxy S22 series.

Moreover, as per the tipster, the Samsung Galaxy S22 Ultra will arrive in India with 12GB RAM and 256GB/ 512GB internal storage configuration. This will be available with colour options such as Phantom Black, and White. However, the previous report suggest two more Colour Phantom Green and burgundy that will not arrive in India.