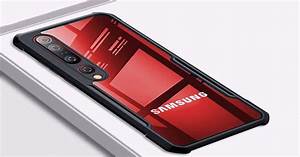 The Samsung Galaxy M22 has been in the rumor mill for a while. And now it seems that the company would launch the phone very soon as the support page has gone live. The Samsung Galaxy M22 support page is live on the company’s Singapore and Malaysia websites suggesting that the launch is around the corner. However, the pages don’t disclose too much information regarding the device. The model number M225F/DS is seen on the website where DS denotes dual SIM support. Moreover, the brand has not given any official statement on the specifications of the Galaxy M22. However, previous reports suggest that it is likely to be rebranded version of Galaxy A22 4G.

Samsung Galaxy M22 appeared on various certification websites earlier, including Bluetooth SIG and FCC. These online appearances revealed some key specs and offerings of the upcoming Samsung Galaxy M22. Moreover, the reports also suggest that the Galaxy M22 will strongly resemble the Galaxy A22 4G in terms of design. The device will come with a waterdrop notch, a quad-camera setup, and a power button on the right side of the device.

Talking about hardware aspects, the device may have a MediaTek Helio G80 Chipset paired with 4GB RAM and 128GB in-built storage. However, there is no confirmation if the Samsung Galaxy M22 will have other RAM and storage configurations or not. Moreover, the device will feature a 6.5-inch HD+ Super AMOLED display and a 90Hz refresh rate. In addition, the quad-camera set up at the back including a 48MP primary sensor with an 8MP ultra-wide, a 2MP macro sensor, and a 2MP depth sensor. The device will also feature a 13MP sensor.

Furthermore, the device will house a 5000mAh battery with 25W fast charging support. The device is said to be around 159.3*74*8.4mm in dimension and 199grams in weight. The device will run on Android 11 based OneUI skin.