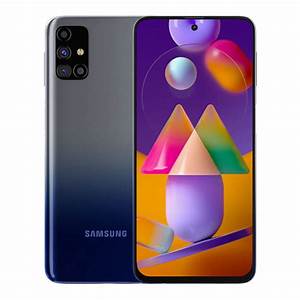 Samsung might be soon introducing the new Galaxy M-series smartphone, the Samsung Galaxy M22. Ahead of the launch, there is a support page of the Galaxy M22 live on Samsung’s Russia Website hinting at its imminent launch. Moreover, the support page as usual doesn’t disclose any name of the handset, nor any specifications of the device. The previous leaks reveal that the Galaxy M22 will come with 4GB RAM and MediaTek’s Helio G80 SoC. There were also renders of the smartphone back in June, revealing that the smartphone will feature a quad-camera setup and a punch-hole display. However, the launch dates are not out yet. But the support page going live can be taken as an indication that the company might announce the Galaxy M22 very soon.

The support page does not disclose any specifications about the Galaxy M22. However, it reveals the model number of the device s SM-M225FV/DS. The Galaxy M22 was spotted earlier with the same model number at Geekbench and FCC certification. According to the Geekbench listings, the smartphone will come with Octa-core Helio G80 Chipset. In addition, the smartphone will run Android 11 out of the box with One UI 3.1 skin on top. Talking about other specs, the handset may feature a 6.5-inch Super AMOLED display with an HD+ 1600*720 Pixels resolution with a 90Hz refresh rate.

Looking at the camera, the M22 will sport a Quad-camera setup. This includes a 48MP primary camera, an 8MP ultrawide sensor, and a pair of 2MP macro and depth camera units. In addition, the front-facing camera on the smartphone might be 13MP. The device may house a 5000mAh battery with 25W fast charging support. As far as Price is a concern, the Galaxy M22 might retail for EUR 238.90 which is around Rs 21076 in India.