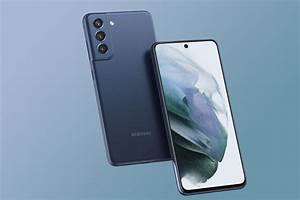 Samsung Galaxy S21 FE is the most anticipated phone from the South Korean brand whose launch has been delayed for a long time. Moreover, the Galaxy S21 FE, the successor of the Galaxy S20 FE was supposed to launch in August. However, it got postponed in October due to the semiconductor shortage. Now, a new development has claimed that Samsung has cancelled the Galaxy S21 FE.

The news from DDaily hints that a Galaxy S21 FE will not come now. According to the reports, a Samsung Electronics official reports that the company cancelled the Galaxy S21 FE unpacked event scheduled to be held in mid-october. Moreover, he states that there is chance Samsung might not launch the Galaxy S21 FE at all. Furthermore, the report claims that the reason behind not launching the phone is that global chip shortage issue and the Galaxy Z Flip 3 is selling too well with the same SD888 Chipset that was said to run the Samsung Galaxy S21 FE.

As of now, the company has not shared any word regarding the cancellation of the Samsung Galaxy S21 FE. So, its better to wait for the official confirmations before reaching to any conclusion. However, there is a chance that the phone might not arrive in South Korea. Previously the reports suggested that the device will arrive only in selected markets like the US and Europe. In addition, it is also claimed that it could launch outside the US and European market. But with a different chipset.