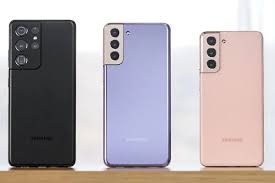 Samsung is working to bring the upcoming Samsung Galaxy S22 series. There were many rumours and reports surfacing online regarding its launch. The company always announces its flagship smartphone in the month of January or February. Moreover, there were also report suggesting that the company will unveil its upcoming S22 series in February instead of January due to chip shortage. There are recent reports suggest that the Samsung Galaxy S22 will arrive in February 8. However, there is no official confirmation about the launch dates from the company. In the recent development, the new report by SamMobile citing South Korea’s Naver, suggest that the Galaxy S22 series launch could be delayed.

Samsung might postpone the 8th February launch of the Samsung galaxy S22. As per local report, the device will not go on sale for February 18. The new timeline suggest that the device may hit the market in February end or early March 2022. Moreover, the reason behind this delay may be the due to ongoing supply chain of the chipset. However, along with Samsung, there are many companies suffering from this chip shortage problem. Thus, the delay in chipset production leds to the further pushing of the Galaxy S22 series launch.