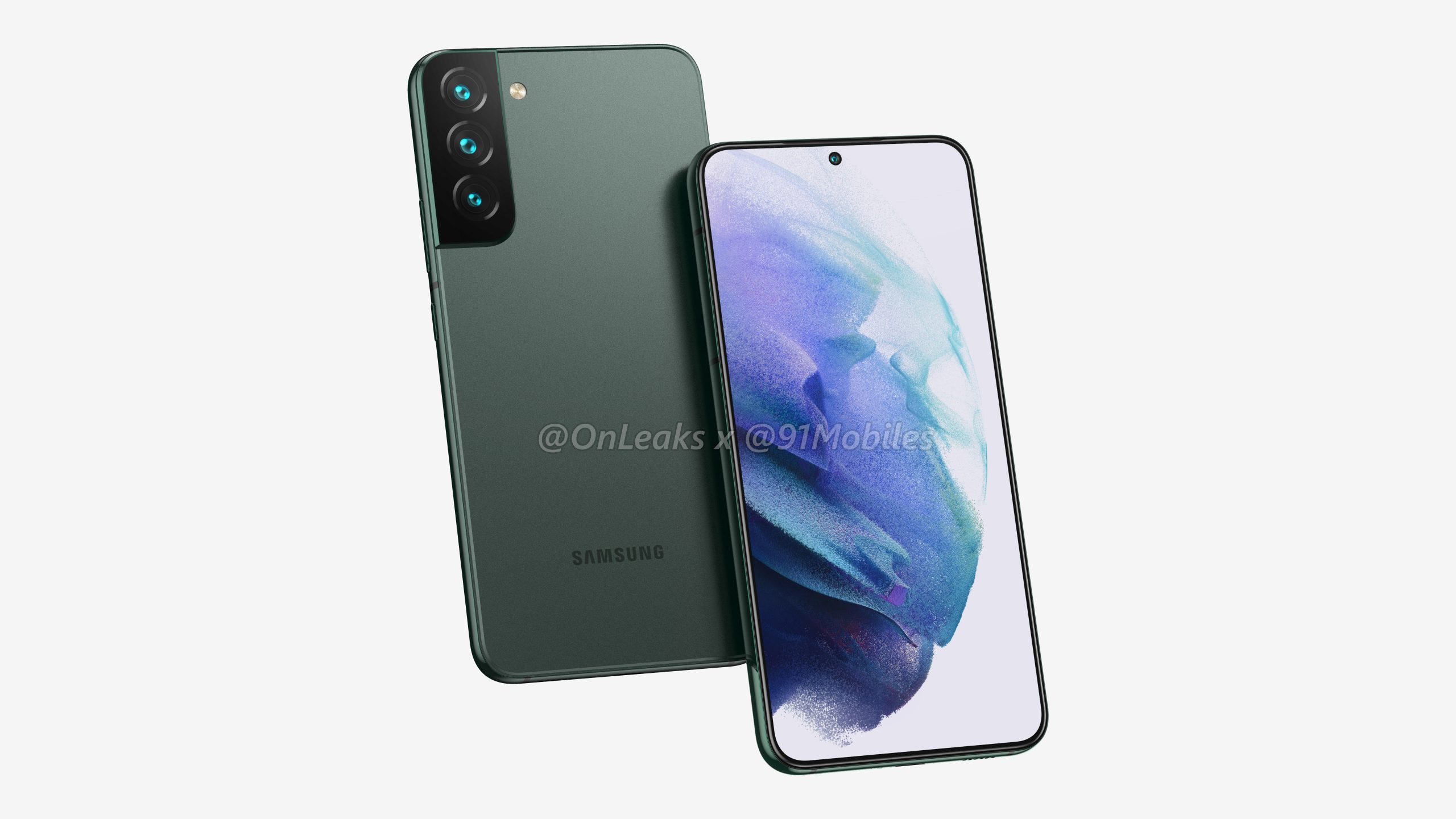 Samsung Galaxy S22 Plus design renders have leaked months ahead of the official launch. The design renders suggest that the camera module design is similar to the S21 series. Moreover, the camera module will house three sensors at the back panel. The LED flash is placed outside the camera module, which blends into the phone’s frame. However, OnLeaks did not mention any details about the camera sensors. The recent report claims that the standard S22 and plus models will feature a 50MP GN5 Sensor, a 12MP Ultrawide lens and a 12MP telephoto lens with 3x optical Zoom.

The design renders further reveal an Olive Green color option but it is not certain yet. Moreover, the power and volume keys are located on the right edge of the device. Whereas, the USB Type-C port and SIM tray can be found at the bottom edge. In addition, the phone has a flat, hole-punch display. The company will launch the Plus model with a smaller 6.5-inch display, opposed to a 6.7-inch screen on the current model.