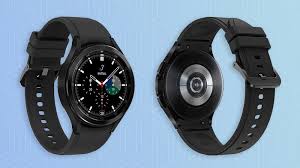 Samsung is leading smartphone company that has its roots over every tech industry whether it’s smartphones, wearables, or others. Moreover, the company is now working to bring the next Samsung Galaxy watch 5 and Watch 5 Pro soon. In addition, there are rumors that the series will exclude the Watch 5 classic this time. Earlier the device’s wireless charger was on the FCC listing. And, now the device is on the FCC listing hinting at its imminent launch. Furthermore, the listing reveals the charging details of the device.

The company is soon to introduce the upcoming Samsung Galaxy Watch 5 and Watch 5 Pro. Moreover, the device arrives on FCC certification website hinting at its imminent launch. However, there is no official confirmation on the launch dates yet. Now, the device passes FCC listing revealing the model number of the device. In addition, the device is on the listing with model number SM-R900, SM-R910, and SM-920. Furthermore, the SM-R910 belongs to the 44mm variant of the Watch 5. Whereas, SM-R900 belongs to the 40mm of the Watch 5. And, the SM-R920 will belong to Watch 5 Pro.

Moreover, the listing reveals the key specifications of the upcoming devices. As per the listing, the Watch 5 will have both 2.4GHz and 5GHz Wi-Fi and Bluetooth support. In addition, the report suggest that the Watch 5 with 10W fast charging that holds 5V/ 2A input. However, the earlier report suggest that the watch 5 will have 5W charging support. However, there is n confirmation on the details at the moment.