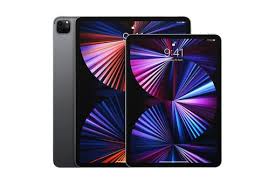 Apple is working to bring its upcoming tablet iPad Pro M2 very soon. Moreover, recently the company launches the M2 chipset this year that has 18% faster CPU, 35% powerful GPU, and 40% neural engine improvement. In addition, the latest MacBook Air and Air Pro also has the M2 chipset. Thus, now it’s turn for iPad Pro to arrive with the latest M2 chipset. Furthermore, the report from Bloomberg’s Mark Gurman shares on MacRumors that the upcoming iPad will arrive in September or October this year.

The company is all set to launch the upcoming iPad Pro M2 later this year around September or October. Moreover, the tipster Gurman shares that the upcoming device will have the latest and powerful M2 chipset. In addition, the company is going to offer wireless charging support in this device for the first time. The tipster also talks about the upgradation in imaging. However, there is no confirmation on what upgrades the company is going to bring in this device.