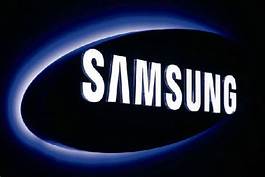 Recently at the Galaxy Unpacked event, Samsung launches the Galaxy Watch 4 series wearable device. Along with the launch of other devices like the Galaxy Z Fold 3, Z Flip 3 smartphones, and Galaxy Buds 2 TWS earphones. Moreover, the newly launched Galaxy Watch4 and Watch 4 classic run the latest wear OS 3. This is jointly developed by Google and Samsung. Thus, unlike the other previous Samsung smartwatches, this new one is not compatible with Apple’s iOS. That means the Apple users will not be able to use this new Samsung smartwatch with their iPhones. However, the old Samsung smartwatches will still be the same and compatible with iPhones.

Moreover, the Samsung company says that the new Samsung smartwatches can only be paired with smartphones running with Android 6.0 or above that version. Additionally, the company says that the device activation is only available after connecting to a smartphone that supports Google Mobile Services (GMS). It should also have Play services and the play store installed on the device.

Furthermore, the company states that the older Galaxy watches would retain iOS compatibility. Moreover, the company added support for iOS devices on its wearable. It was with the launch of Gear 2 in 2016 and all the models after that. All of these products from Samsung run the company’s own Tizen OS. However, it is now exciting to see if the Samsung watches with Wear OS will allow iOS compatibility. Or the devices will never run with iPhones.