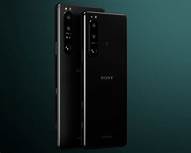 Sony Xperia 10 III Lite is now launched in the Japanese market. It is a toned-down offshoot of the Sony Xperia 10 III model launched in April this year. Moreover, the smartphone is powered by a Qualcomm Snapdragon 690 SoC with a triple camera setup at the back. The brand confirms that the phone will go for Sale from 27th August in Japan.

The new Sony Xperia 10 III Lite 5G runs on Android 11 OS. It features a 6-inch FHD+ OLED display and has a dual-SIM slot in the device. Moreover, this 5G smartphone comes with a pack of 6GB RAM and 64GB internal storage further expandable using a microSD card. Talking about camera specs, there is a triple camera setup on the back panel that includes a 12MP wide-angle camera with an 8MP ultra wide-angle camera and an 8MP telephoto lens. In addition, the phone features an 8MP selfie camera. The phone has also a side-mounted fingerprint scanner.

Furthermore, the phone packs a 4500 mAh battery with WiFi, Bluetooth v5.1, USB Type-C port. This new Sony Xperia III Lite has a price of JPY 46,800 which is roughly Rs 31600 for 6GB RAM and 64GB storage variant. Additionally, the phones are available in White, Blue, Black, and Pink. Moreover, the sale of this phone will start on August 27 via Rakuten Mobile and other retailers in Japan.