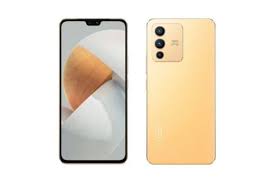 Alongwith Vivo X80 series, Vivo is working on the another series parallelly to bring Vivo S15 series. This series includes Vivo S15, and S15 Pro. In addition, the company is also working on upcoming T series Vivo T1 Pro. Moreover, now the upcoming Vivo S15 series appears on the TENAA listing hinting at key details of the devices. However, the company has no words on its official launch of the device. Furthermore, the upcoming standard Vivo S15 was also on the 3C certification website hinting at its imminent launch. The listing reveals the charging details of the upcoming device.

The company is soon going to bring the Vivo S15 series in the market. However, the company has not revealed whether the device will arrive in Chinese market or any other market. Moreover, the upcoming Vivo S15 series appears on TENAA certification website with model numbers V2203A, and V2199A. In addition, the report suggest that V2199A appears to be the upcoming Vivo S15. Whereas, the model number V2203A belongs to Vivo S15 Pro. The listing reveals that the Pro model will have 5G network connectivity. However, the listing doesn’t give information about its processor.

Moreover, the listing reveals that the Vivo S15 Pro will feature 6.62-inch AMOLED display with high refresh rate. In addition, as per listing, the device will pack 4400mAh battery and run on Android 12 out of the box. The Vivo S15 was also on 3C certification website revealing that the device will have 80W fast charging support.