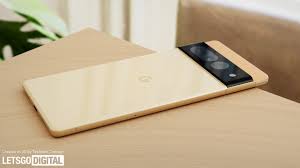 Google is working to bring the set of devices very soon in US and other market. Moreover, there are reports suggesting that the company will bring Pixel 6a alongwith the new series i.e Pixel 7 and Pixel 7 Pro. This upcoming device will be the successor of last year launch Pixel 6 series. However, the Indian users got no access to this series as it didn’t make it to the country. But, we may expect the company to bring the Pixel 7 series in India. Furthermore, there is new leak revealing the camera details of the Pixel 7 series.

The company is gearing up to bring the Pixel devices including Pixel 7 and Pixel 7 Pro in October this year. Moreover, the device is already surfacing online hinting at its imminent launch. And now, there is fresh leak suggesting the camera details of the upcoming Pixel 7 series. In addition, the reliable Tipster Yogesh Brar earlier reveals the key specifications of thr upcoming Pixel 7 series. As per the tipster, the device will have similar camera features as that of current model. Thus, the standard device will have dual rear camera setup including 50MP primary camera with 12MP Ultrawide lens. Whereas, Pro model sports triple rear camera setup. This will include 50MP primary sensor with 12MP Ultrawide lens alongwith 48MP telephoto camera and 2X optical zoom.

Moreover, the tipster suggest that the sensors will undergo optimization for new devices. However, majority of processing will be taken care of by software. The earlier report from Analyst Ross Young suggest that the Pixel 7 will have 6.3-inch display. While the Pro model will sport 6.7-inch display.