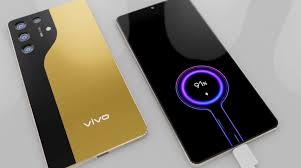 Vivo is gearing up to launch the next generation mid range affordable smartphone under moniker Vivo V23. The device is already surfacing online from past few weeks. Now, there is report from the 91Mobiles suggesting that the company will debut the upcoming Vivo V23 Pro next month in the country. The launch date may reportedly be on January 4. However, there is official confirmation or the official details on the launch dates from the company itself. But, the industry sources hints that the device will be most probably on the first week of 2022. This could be the first smartphone launch event in the coming year. Considering next month launch, we may expect the company to tease the device along with few details in the coming weeks.

The company will soon bring the upcoming Vivo V23 in the country. There are no such details on the device surfacing. But, the report suggest that the Vivo V23 Pro will get 64MP primary rear camera. Other than this, there is no much details about the device. Moreover, the Pro variant will be the first device in the V23 series in India and after that Standard variant will arrive at different dates. The Vivo V23 will be the successor of the Vivo V21 that came with the MediaTek Dimensity 800U SoC, 64MP triple rear camera, a 90Hz refresh rate,and more.