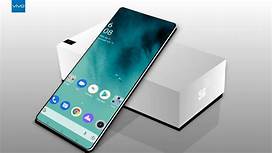 Vivo is yet to reveal the Vivo V23 Pro launch date, but the appearance on the IMEI database hints the launch will be soon. Moreover, the IMEI listing confirms the existence of the phone and may launch by the end of the year or in the first quarter of 2022.

According to the TENAA listing, the Vivo V23 will get power from Samsung’s Exynos 1080 chipset. Moreover, the phone features a 6.58-inch FHD+ AMOLED display. The device houses a 4320 mAh battery with 44W fast charging. In addition, the phone measures 160.10*75.39*7.55mm and weighs 181gram. The dimensions are the same as Vivo X70 so it was earlier confusion regarding this. In fact, most of these specs are of the Vivo X70, so it’s still unsure if the Vivo V23 Pro will feature similar specs or TENAA listing was indeed for the Vivo X70.