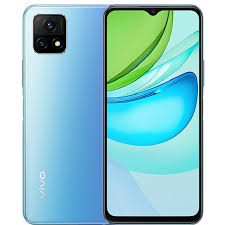 The company is now about week away from the launch of the upcoming Vivo Y54s. Moreover, the company is planning to launch the device by the end of March or start of April this year. In addition, there is earlier reports suggesting that the Vivo X80 series will arrive in April. Thus, there are chances that the company will bring this device in the same launch event. However, it is mere specifications, and there is official words on it. Furthermore, the device is available in China with price range of CNY 1699 that is around Rs 19,800 in India.

Talking about specifications, the Indian variant will share same specifications as that of Chinese variant. Moreover, the device arrives with 6.51-inch FHD+ LCD display with 89 per cent screen-body aspect ratio. The device gets power from the MediaTek Dimensity 700SoC with clock speed of up to 2.2GHz. In addition, the device will carry 6GB RAM with 128GB internal storage configuration. As far as imaging is concern, the device has 13MP primary rear camera with f/2.2 lens alongwith 2MP depth sensor and LED flash. Furthermore, the device will house 5000mAh battery with 18W fast charging support.