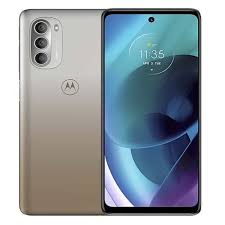 The company is ready to launch the set of smartphones under Motorola and Lenovo branding very soon. These devices will be Motorola Edge 30, Moto G52, Moto E32, and Lenovo K15. Moreover, the TDRA reveals that Motorola Edge 30 will have model number XT2203-1, Moto G52 will have XT2221-1. Along with, Moto E32 will have XT2227-3, and Lenovo K15 will have model number XT2227-4. Additionally, the standard Moto Edge 30 with Moto E32 were also on another certification website recently. And, the upcoming Moto G52 is the successor of Previous year device Moto G51. On the other hand, the upcoming Lenovo K15 will be the rebadged version of Moto E32 in China. Furthermore, the Moto Edge 30 with model number XT2203-1 and Moto G52 with model number XT2221-1 appears on WiFi Alliance database. These listing reveals that the device will get dual band WiFi support and will run on Android 12.

Moreover, the upcoming Moto G52 appears on FCC certification website and EUT database hinting that it is 4G device. In addition, the device will arrive as both 4G and 5G network connectivity. Earlier the leak by Evan Blass Shares the details of the Moto G52 standard model XT2221-1 that has codename Rhode4G22.