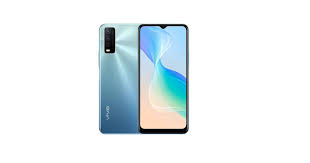 Vivo is gearing up to launch Y- Series budget smartphones very soon. The next Y series smartphone is surfacing online under the moniker Vivo Y76S. Moreover, this smartphones was recently spotted on the TENAA listing where many specifications were revealed. But, the listing doesn’t gave any clue about the processor this device would be offering. Now, Bestopedia found this device on Google Play Console with model number Vivo V2156A. The listing reveals few key specifications and details regarding the upcoming Y series smartphone.

Vivo is all set to bring its upcoming Vivo Y76S as it baggs multiple certification websites back to back. The device appears on Google Play Console hinting that the device’s launch is around the corner. Moreover, the listing reveals that the device will get power from the MediaTek MT6833V/ZA aka Dimensity 700 SoC. In addition, the device will come with 8GB RAM support with Android 11 running out of the box. The device will feature 1080×2408 resolution screen with 480 screen density.

Moreover, the report suggests that the device will have 6.58 inches FHD+ TFT LCD with 90Hz display. In addition, the device will have side mounted fingerprint scanner for security. The imaging aspect will include 50+2MP rear with 8MP front camera and will have 8GB/12GB RAM alongwith 128/256GB ROM. Additionally, the device will house 4050mAh with 18W charging support. Other features includes 3.5mm jack.

Recently the device was on TENAA listing revealing the model number and few key details. The listing has model number V2156A which is similar to that of the Google Play Console listing. However, the details are not officially confirmed yet. But looking at the consistent online appearances, we may expect the launch dates to be near. There are chances that official details will be out soon as the launch date approaches near.