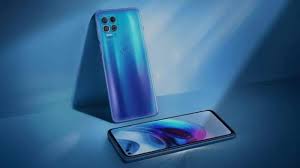 Motorola is gearing up to launch the upcoming Moto G200 Smartphone which will be the successor of previous launch Moto G100. Recently, the tipster Evan Blass revealed that the device will arrive with codename Yukon. However, there is official confirmation from the company about the arrival of the device. In the latest development, there are fresh reports regarding the details and launch timeline of the Moto G200.

Motorola is all set to introduce its G series smartphone very soon. According to the tipster TechnikNews , the company will launch its G200 Smartphone in November. Moreover, the report states that the phone will arrive in China under the moniker Moto Edge S30. But, there is exact launch date yet. However, we expect the dates will be out soon.

Talking about expected specifications, the smartphone will get power from Qualcomm Snapdragon 888 chipset coupled with 8GB RAM. Moreover, the device will have a FHD+ display with 144Hz refresh rate. There are also reports that the Moto G200 will have an upgraded version of camera as compared to its predecessor Moto G100. The G200 will come with 108MP Samsung S5KHM2 primary camera alongwith a 13MP ultra-wide camera and a 2MP depth sensor. Additionally, the selfie camera will have a 16MP sensor. The device will run Android 11 OS out of the box rather than having Android 12. Furthermore, there are no other details surfaced online such as battery aspects, connectivity details, and price range. We expect the company to reveal the details officially as launch dates comes near.