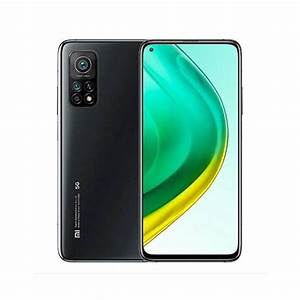 Xiaomi is going to hold a launch event on September 15. The event is likely to see the arrival of the Xiaomi 11T and 11T Pro. These flagship phones are expected to succeed last year’s Xiaomi Mi 10T and 10T Pro. Moreover, there are now render revealing the design and color variant from the tipster Ishan Aggrawal. The images reveal the phone design of Xiaomi 11T and Xiaomi 11T Pro. Like last year’s models, the upcoming Mi 11T will be sporting an identical design.

TIpster Ishan Aggrawal leaked render of the Xiaomi 11T and 11T Pro. The leaked renders of the Xiaomi 11T Pro show that it will be sporting a centrally aligned punch-hole screen with a slightly thick chin. Moreover, the right side of the device has a volume rocker and power key, which seems to be integrated with a fingerprint scanner. A closer look at the black color camera module reveals that it features a triple camera. In addition, it includes 108MP primary camera, a triple LED flash, and another sensor. According to the render images, the device will come in three colors such as Celestial Blue, Meteorite Gray, and Moonlight White.

Talking about Xiaomi 11T renders, it is expected to sport an identical design. Instead of a 108MP main camera, it will feature a 64MP primary camera. Moreover, both models are likely to feature the Dimensity 1200 chip and an OLED screen with a 120HZ refresh rate. However, some report claims that the Pro model will have a Snapdragon 888 chip. In addition, the 11T and 11T Pro phones are expected to arrive in two variants such as 8GB RAM+ 128GB storage and 8GB RAM+ 256GB of storage. Both the phones are said to house a 5000mh battery with 120W fast charging support. The leaks also suggest that Mi 11 Lite 5G is also updated into Xiaomi 11 Lite 5G.