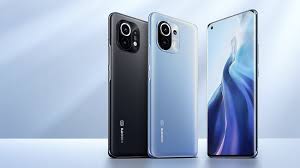 Xiaomi is working on yet another device after its done with the 11 series. The company will now soon launch the first smartphone of the Xiaomi 12 series that will have the next gen Snapdragon 8 Gen 1 processor. In addition, the series will include Xiaomi 12 Pro and the Xiaomi 12X. The device is already surfacing online from past few days. And now, the device will have live images of the upcoming Xiaomi 12 online.

The company is prepping up to launch the Xiaomi 12 series shortly. Now, the device Iive images are airing online with the courtesy of Weibo revealing few key details. However, the image only reveals the rear portion of the phone focusing the camera design. Moreover, as per the image, the device will have triple rear camera setup along with the microphone cutouts and LED flash light.

Moreover, talking about details, there will be large cutout for the primary sensor giving idea that it may allow to capture shots even in low lights. In addition, looking at camera module, it looked quite like that of Mi 10T and Mi 10T Pro models. Furthermore, the upcoming Xiaomi 12 may bring major upgrades than that of the predecessor models. The device will feature curved AMOLED display with 120 Hz refresh rate. In addition, the device will get power from the Snapdragon 8 Gen 1 processor. The previous reports suggest the presence of 120W fast charging support. However, the battery capacity is still underwraps along with few other details. But, we may expect the more details are on the way as the launch dates seems nearer.