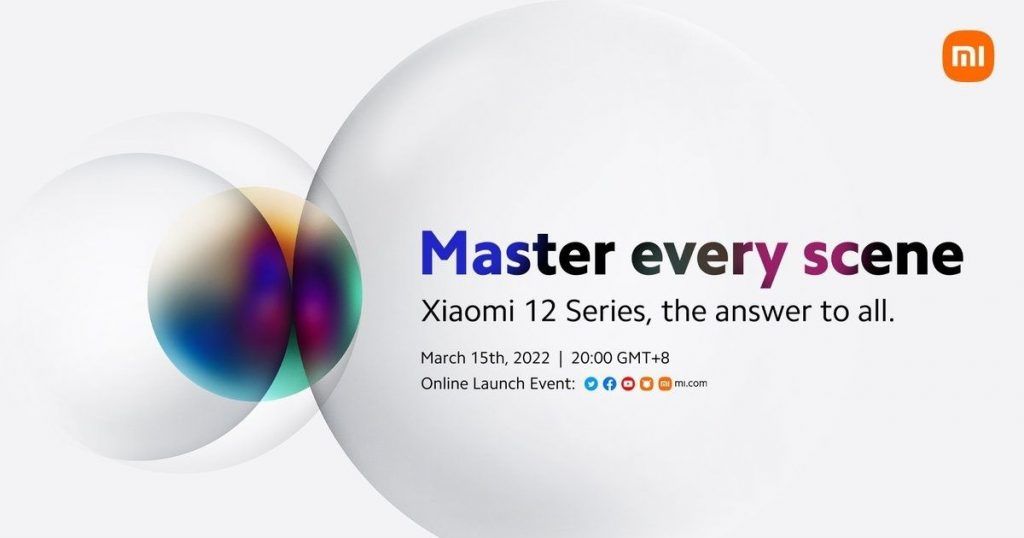 Xiaomi after launching the Xiaomi 12 series in China in December last year, now planning to bring the series in global market after months. Moreover, the global launch date was airing online from past few weeks. But, now the company Officially confirms the launch date of the upcoming Xiaomi 12 series global Variant. In addition, the company Officially announces that the Mi 12 series will launch globally on March 15.

The company now officially announces that they are unveiling the global Variant of Xiaomi 12 series on March 15. Moreover, the company unveils the launch date via its official Twitter account. In addition, the series includes Xiaomi 12, Xiaomi 12X, and the Xiaomi 12 pro. However, the social media post doesn’t unveil whether they will bring all three devices or not in its upcoming launch event. But, looking at the poster which states that Xiaomi 12 is arriving. Thus, this hints that there may be more than one device in this series.

Other than this, the company in this upcoming launch event will also launch the Xiaomi 12 ultra, and the Xiaomi 12 Lite. Like last year, the company may plan to unveil multiple devices most probably 4 to 5 devices at a time. Moreover, the company may also launch other devices except smartphones. Such as Xiaomi Mi Band 7 that is surfacing online from quite few weeks. However, there is no official confirmation on the list of devices that will arrive at the upcoming March 15 launch event.