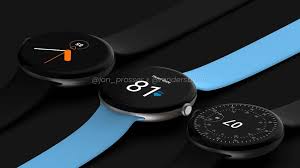 Google is working to bring its smartwatch of their own brand with Moniker Google Pixel watch. However, this news of Google bringing its own watch is in rumors from long time. But, now it seems the company is actually now gearing to launch the device. Moreover, there is new report from Dutch technology website Let’s Go Digital that suggest the Google is working on its watch. The report states that company is bringing some Sensor fusion Device. This is combination of sensors to recognise gestures on outer body part of watch itself.

The company is planning to launch its own watch from long time. And, now the report states that the company passes a patent in 2020 with World Intellectual Property Organization regarding skin interface for wearables. The patent was on principal of sensor fusion with body to improve signal quality. Moreover, the patent shows how the company visions or creates technology where patches of human skin can be used as gesture recognition pads. In addition, there is fresh report suggest that the company is working on Sensor fusion for its watches. Thus, the company will use accelerometer alongwith numerous other sensors to recognise specific area of skin around the smartwatch.

As per this technology, the device will recognise the patches of wrist both before and after of watch and recognise various gestures. These gestures will then used by watch software to respond to various commands. Thus, considering this technology, we may expect that the company may remove the buttons on the pixel watch. As all the functions are done by gestures.