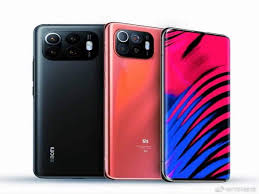 There are reports unveiling that the Xiaomi 12 series may come in early next year 2022. Moreover, it is said that the company may debut the Xiaomi 12 vanilla variant in the Qualcomm Snapdragon Summit. There are other leaks from the Digital Chat station reveals the details about camera aspects. There is also rumors that the device will get power from Qualcomm Snapdragon 898. In addition, the Digital Chat station claims that the device will arrive with an improved 50MP triple camera setup.

Moreover, the tipster supported the rumor of next year launch that is around February or March 2022. The phone will arrive with 50MP Ultrawide sensor and 50MP telephoto sensor. In addition, the report suggest that among the two unknown smartphone from the company, one will be the Xiaomi 12 vanilla and other will be Xiaomi 12 Ultra. Furthermore, we may also expect that the device may come with 5000mAh battery. The charging support and others are not out yet. However, there are chances that device will have120W fast charging support. Lastly, the upcoming device will have LTPO AMOLED display with 120 Hz refresh rate. This is all we have about the upcoming Xiaomi 12 till now. We expect company to unveil more as the launch date approaches near.