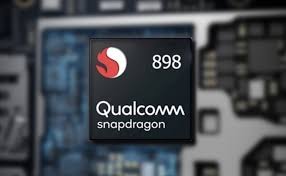 Xiaomi and the Samsung both are bringing their next smartphones with the Qualcomm next generation chipset Snapdragon 898. Thus, we may witness the two major companies facing against each other in market with the same chipset. Moreover, there are reports suggesting that both the companies will launch their devices at the Qualcomm summit. However, the Xiaomi is more likely to bring its Mi 12 this December same as it’s predecessor. But, this is not the case of Samsung. The company will launch its Galaxy S22 series after it comes in China. There were also rumors that the the company may bring the S22 series in December, which now feels impossible.

Xiaomi and Samsung offerings with their latest devices

Both the companies are bringing devices which gets power from the same chipset that means Snapdragon 898. Moreover, this chipset is the Qualcomm latest next generation chipset making these two devices more talked about. However, the recent leaks and reports doesn’t talk about the specifications and offerings of the smartphones. But the previous reports gives us adequate idea of how these phones will be.

The report claims that the device will arrive with the new LPDD5X RAM having speed between 6400 to 8533 Mbps. Moreover, the device will get power from the Snapdragon 898 and will house 4700mAh battery. Meanwhile, its Ultra variant will have a powerful battery of 5000mAh. In addition, its device packs Samsung 200 MP sensor supporting 12MP shots.