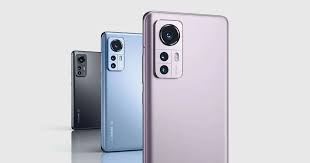 Xiaomi is gearing up to bring the upcoming Xiaomi 12S series that includes Xiaomi 12S Pro, and 12S. In addition, the company is also working on Xiaomi 12 Ultra that is surfacing online already. Moreover, earlier the Xiaomi 12S was on Geekbench certification website and 12S Pro was on 3C certification website hinting at its imminent launch. And now, in the latest development, the tipster Mukul Sharma reveals the key specifications of the upcoming series. The leak includes details about the RAM, SoC, storage and charging speed.

The company is soon to launch the upcoming Xiaomi 12S series. However, there is no word on the official launch date at the moment. But, launch seems imminent as the device is surfacing online frequently. Moreover, the tipster Mukul Sharma reveals the key specifications of the both devices in the series. As per the tipster, the Xiaomi 12S Pro will have two variants with different Processor. The first one will get power from Snapdragon 8+ Gen 1 processor arriving in three configurations. It includes 8GB/12GB RAM with 128GB/256GB/ 512GB internal storage configuration. In addition, the second variant will get power from MediaTek Dimensity 9000 SoC with two configuration. It includes 8GB RAM with 256GB and 12GB RAM with 512GB internal storage configuration. Furthermore, the device will have 120W fast charging support.