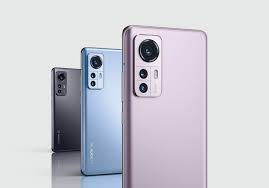 Xiaomi is gearing up to bring the next smartphone in the Xiaomi 12 series that is already available in the market. The existing devices in the series includes Xiaomi 12, Xiaomi 12 Pro, and Xiaomi 12X. Moreover, now th company is going to launch the upcoming Xiaomi 12S alongwith 12S Pro later this year. In addition, the device is already surfacing online hinting at its imminent launch. And, now the upcoming device appears on Geekbench certification website revealing the key specifications. Furthermore, the device was earlier on 3C certification website revealing the charging speed details.

The company is prepping up to launch the upcoming Xiaomi 12S very soon. However, there is no official confirmation on the launch dates at the moment. But, as the device is surfacing online frequently, the launch seems imminent. Moreover, the device with model number 2206123SC appears on Geekbench certification website. In addition, the report suggest that the device will arrive alongwith Xiaomi 12S Pro. The listing reveals that the device will get power from an Octa-core chipset coupling with four cores at 2.02GHz, three cores at 2.75GHz, and one prime core at 3.19Hz. This, it hints that it is the latest Qualcomm Snapdragon 8+ Gen 1 processor. Furthermore, the variant on the Geekbench listing carries 12GB RAM support. However, there are chances that device could have other RAM options.

Moreover, the listing shows that the device will run Android 12 with MIUI 13 out of the box. The device scores 1328 in single core test and 4234 in multi core test.