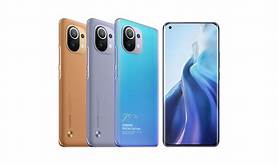 Xiaomi with its amazing smartphones is leaving every smartphone vendor behind. And this is happening not only in the Indian market but also in Europe and other countries. Moreover, Xiaomi is dominating the Indian market for years leaving behind a veteran company like Samsung. However, the competition is not only in one country. As the news says that Xiaomi left Samsung behind in the European market too. Moreover, According to data from analyst firms, the highest shipment of smartphones to Europe in the second quarter of 2021 is from Xiaomi. Furthermore, the data shows that in 2021 the shipment grew to 50. million units that are 14 percent yearly growth.

In the list of top five leading smartphones, Xiaomi and Samsung are within the top two. whereas, Oppo, Apple, and Realme complete the list. Moreover, the report says that, after shipping 12.7 million smartphones in Europe, Xiaomi successfully captures 25.3 percent of the market share. However, this was possible as the demands were gradually increasing in countries like Russia, Ukraine, Spain, and many more. The European customers are highly impressed by Xiaomi and eager for its Mi and Redmi Series Smartphones.

The rise in the Xiaomi business is majorly due to Samsungs decline in the feature-rich smartphones in less budget. Moreover, the analysts and South Korean electronics makers noticed major shipment delay of Samsung. The reports state that 12 million units of shipment declined in the second quarter which is 7 percent yearly. However, Samsung still captures 24 percent in the European market, but Xiaomi is alarmingly increasing and rising its business.