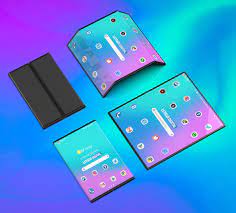 Xiaomi launched the new Mi Mix Fold a couple of months ago. Mi Mix Fold has a cover display and a large 8.1-inch display when the phone is opened up in tablet mode. However, Xiaomi doesn’t want to stop exploring the new niche, and reports are coming in that the company is working on a new foldable smartphone.

Some sources claim that it’s the Mix Fold 2. While others claim it’s a refreshed new variant of the original Mix Fold. Anyway, whatever this phone may be called, it’s under development, and according to a tipster’s Weibo post, the phone will have a foldable display that offers a 90Hz refresh rate. In contrast, the external screen will show a 120Hz refresh rate. The refresh rate on the new phone will be an upgrade from 60Hz on the foldable display. And 90Hz on the external screen.

Xiaomi working on another foldable phone

The tipster also talked about an in-display camera. But he did not mention whether he spoke of the primary camera or the selfies camera. However, the new phone should bring improved charging speed. The tipster says that the phone may come with a 120W charger. This is the fastest from Xiaomi, in the box. However, we see a slight variation in terms of battery capacity, and some people may even call it a downgrade. Contrary to the original Mi Mix Fold’s 5020mAh battery, the new foldable from Xiaomi will come with a 5000mAh battery.

Xiaomi did not launch the Mi Mix Fold outside China, and Android Headlines seems to be quite optimistic that this new variant could be the one to be sold globally since Mi Mix Fold never went for sale outside China in the global markets. Now, the big question remains about the name of the phone. Indeed, the ‘Mi Mix’ Something won’t work anymore as Xiaomi has dropped that ‘Mi’ nomenclature a while ago. But we can get a long name, thanks to 5G that is being added behind the names of most phones that offer that latest form of wireless connectivity.