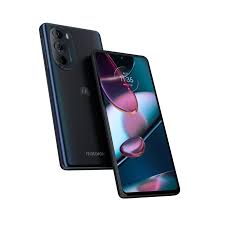 Motorola is gearing up to launch the most talked about Motorola device the Motorola Edge 30 very soon. This device arrives on multiple certification websites including TRDA, EEC, WiFi Alliance, and more. Moreover, in the recent development the upcoming Edge 30 series arrives on Geekbench certification website hinting at its imminent launch. The listing reveals the processor, OS details, RAM, and GPU.

The company is soon going to launch the upcoming Motorola Edge 30. However, there is no word from the company regarding the launch dates of the device. Moreover, the device appears on Geekbench certification website revealing the details and offerings. Earlier, the device was on TDRA database revealing the model number XT2203-1. Now, in the recent development, the Geekbench certification website reveals that the device will run on Android 12 out of the box. In addition, the device will get power from an Octa-core Processor with one prime core at 2.5GHz. Alongwith three Gold Cortex A78 cores at 2.2GHz and four silver cores at 1.8GHz. Furthermore, the processor would be Snapdragon 778G Plus 5G chipset coupling with Adreno 642L GPU. Lastly, the variant on this listing carries 8GB RAM.

Moreover, the device scores 821 points in single core test and 2353 points in multi core test. However, other than this, there are no details on the listing about the device. But, looking at the details, it seems that the company is having some major improvements over its predecessor Motorola Edge 20.