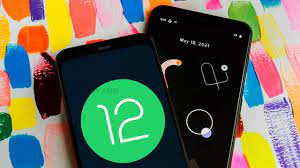 Android 12 is finally out. After the preview Google showed at Google I/O this year and a couple of beta builds, Google has dropped the source code of Android 12 to the operating system to the Android Open Source Project (AOSP). That means it will take a while to get Android 12 on your phone, tablet, or other devices. According to Google, over 225,000 people signed up for trying beta build, and they have reported more than 50,000 bugs so far.

Though Google has announced that Android 12 will roll out to Pixel devices in the next few weeks, it’s not readily available yet, nor an exact date of the rollout has been shared. The new Android 12 brings a lot of design changes and adds new privacy-focused features alongside an emphasis on performance. However, the biggest catchphrase is probably the Material You design language, but there are other changes and improvements as well.

Android 12 brings a new design language called Material You, which will help developers build more personalized apps. Material You makes it possible for developers to build an app or service that adapts to the user’s choice while improving accessibility features within the UI. Moreover, the app widget design has also found a new look that makes them less cluttery and more functional. The widgets now offer interactive controls and responsive layouts with dynamic colours.

Google has claimed to have reduced the CPU time used by core system services by 22%. And big cores by 15% on Android 12. App startup times are also said to be improved. Android 12 also prevents apps from starting foreground services while in the background. Google also promises faster Machine Learning through the Neural Networks API. These are the biggest highlights. However, Pixel users will taste Android 12 maybe by the end of this month. While non-Pixel owners may have to wait a bit more.