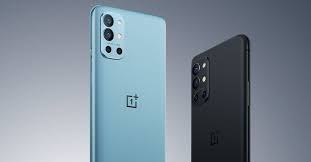 OnePlus 9 RT is known to be in the works and is expected to debut in India and China sometime later this month. However, the company is yet to publicly reveal or tease more details of the phone. Now, a new rumour claims there will be a special OnePlus 9 RT Joint Edition, probably exclusive to China and it will be up for purchase during the 11.11 sale festival. The phone will come as a cheaper alternative to the original OnePlus 9 and OnePlus 9 Pro. Not much else is known about the OnePlus 9 RT Joint Edition at the moment but it should come with a special theme and other customised accessories in the box.

OnePlus 9 RT is said to be powered by the Qualcomm Snapdragon 870 SoC with Adreno 650 GPU but a recent Geekbench listing showed it may come with Snapdragon 888 5G chipset. It is said to come with a 6.55-inch FHD+ AMOLED display with 2,400 X 1,080 pixels resolution. In addition, it has 120Hz refresh rate, punch-hole cutout, and Corning Gorilla Glass layer on top. It is said to be equipped with NFC, an in-display fingerprint sensor, dual stereo speakers. Along with an X-axis vibration motor, and a 16MP snapper on the front for selfies and video chats. Connectivity features include 5G, 4G LTE, Wi-Fi 6, Bluetooth 5.2, GPS, and a USB Type-C port.

The OnePlus 9 RT is said to feature a 50MP Sony IMX766 primary sensor. Along with, 16MP Sony IMX481 ultra-wide-angle lens, and a 2MP B&W sensor. Se-C port. A 4,500mAh battery with 65W fast charging is said to fuel the phone. It is tipped to pack up to 12GB LPDDR4X RAM, and 256GB UFS 3.1 internal storage. The phone is likely to boot Android 12 with OxygenOS out of the box. But the Geekbench listing showed it will boot Android 11 skin.