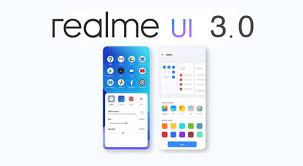 The Realme GT series is to be among the first to get Android 12, the company has confirmed with a release. As Android 12 rolls out with a stable build today, Realme has announces that its flagship grade Realme GT series of phones will be among the first smartphones worldwide to get the Android 12 upgrade, which will be made available in line with the company’s custom interface, Realme UI 3.0. Moreover, the latter is now said for a stable release date soon. And the list of devices eligible for the upgrade will become available soon on the Realme Community forum.

Realme GT will have Android 12 upgrade

The Android 12 upgrade comes with a fairly significant redesign of menus, themes and wallpapers. It features chunkier buttons and menu bars, with a more playful design language. This marks a clear departure from the industrial design that Android has right now. It features a lock screen design that dynamically adjusts to the wallpaper theme. And all colour schemes of buttons and menus also adjust automatically. Underneath, Android 12 has a reworked core architecture that will reportedly take 20 percent lesser peak CPU power. This, Google claimed, will help its software run smoother as the hardware gets older.

At the moment, its mystery exactly what new features does Realme add on top of the stock Android 12 offering, with Realme UI 3.0. In terms of rumoured features, the custom Android 12 interface will reportedly come with a new notifications centre. This will feature a new design in line with the new Android 12 stock interface. Moreover, It may also feature dynamic RAM expansion based on available storage. While some leaks have suggested the presence of face based auto rotate also in the new feature set. Better storage management, and the new Android 12 Privacy Dashboard may also be a part of the setup.