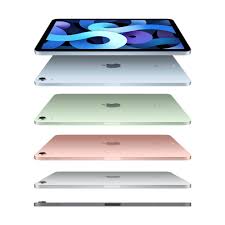 Apple is working to launch the updates version of its three iPads next year. Moreover, there are reports from the reliable Tipster Bloomberg’s Mark Gurman suggesting about the arrival of these devices. The report suggest that the company is planning to bring the updated version of the entry level iPad, the iPad Air, and the iPad Pro in 2022. As per the tipster, the company will do some changes such as table design, new chipsets, or many other things. In addition, there is also report that the high end iPad Pro may arrive first, followed by other two.

The Tipster Gurman gives a report that Apple is bringing the three iPad models next year with some upgrades in it. Moreover, as per his report the iPad Pro arriving in 2022 will carry new design and wireless charging. This hints that the company will use glass backs same as the iPhone 12 and other wireless charging smartphones. However, the report has no mentions of the chipset and processors. But we may expect that the company will use the latest version of the Apple’s M1 laptop chips.

Moreover, the report suggest that the entry level iPad will have the Apple’s 13 Bionic chipset. In addition, it will feature the True Tone display and a 12MP Ultrawide front camera with the centre stage feature. This feature enables users to stay in centre during the video call no matter how much they move. Furthermore, the report suggest that the company is bringing the feature set iPads closer to Apple’s top end tablets.