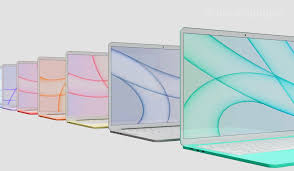 Apple is launching its products back to back giving users and tech junkies no time to relax. Just after releasing the MacBook Pro with unique and powerful chipset M1 Max, the company is gearing up for its next big hit. Moreover, Apple is now planning to bring its next MacBook Air 2022. The tipster Dylan claims that the the company will introduce the device in the mid 2022. In addition, he also gave some leaks on the features the MacBook Air 2022 will bring for the users.

Apple is all set to launch its MacBook Air next year in 2022. As per the leaks of tipster Dylan, the company will unveil the device in the mid 2022, most probably at the WWDC 2022. Moreover, the leak also suggest that the company may call it as MacBook, instead of MacBook Air.

Moreover, the tipster says that the device may have few similar features as it’s Pro laptops. This indicates that the device may include a mini LED display, MagSafe charging support, a full size keyboard including function keys and 1080p webcam. In addition, it is said that the device may not have a SD Card slot and a HDMI port. Like it’s MacBook Pro, the upcoming MacBook Air will not have a ProMotion 120Hz display. As far as design is concern, the device will have a white bezel around the display. In addition, it will have different colour options such as yellow, orange, Blue, Purple, Silver and many more. The report suggest that this new devcie will be thinner than others and will not have a wedge shape design.

Furthermore, this MacBook Air 2022 will carry M2 chipset, however, its details are still underwraps. But we may expect it to be more powerful than the M1 Max or M1 Pro.