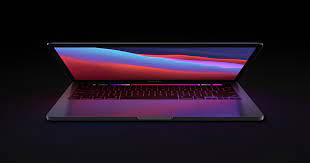 Apple recently got done with the California Streaming event where it unveiled the new iPhone 13 models. At the event, the company also launched new Apple Watch and iPad models. Alongside, the company was rumoured to launch the new M1X-powered MacBook Pro. While that obviously did not happen. Moreover, a new report now states that the new Pro machines from Apple are slated to launch very soon. Bloomberg’s Mark Gurman, who has maintained a fairly accurate record when it comes to Apple leaks, claims that the Pro MacBooks will launch in October. Let’s take a look at more details shared by Gurman about the upcoming Apple MacBook Pro M1X.

Apple M1X MacBook Pro could launch in a few weeks, according to a new report. The new M1X chip will have two variants with 10 CPU cores. Gurman, in his Power On newsletter also said that Apple is poised to announce M1X powered MacBook Pros within the next month, reported MacRumors. Gurman reiterated some of the previous reports around the custom Apple silicon. He stated that the M1X’s variants will share a 10-core CPU. Out of the 10 cores, eight will be high-performance cores, whereas the remaining two will be high-efficiency cores. In terms of GPU, the two variants will have 16 and 32 cores.

The next Mac mini is also said to get the new M1X chip. However, this new machine is unlikely to release in November. Apple has not yet confirmed any details so far, be it anything around the rumoured event or any of its upcoming products.

Regarding the MacBook Pro, Apple is said to launch it in two screen sizes – 14” and 16”. The new MacBooks are said to redesigned chassis and magnetic charging support. Apple is also rumoured to introduce multiple new ports on the Pro machines, including the resurrection of the SD card slot and an HDMI port.